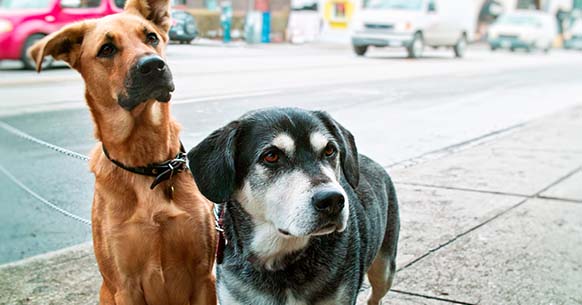 I live in a city that was named Dog Town USA. We have lots of paths, trails, and dog parks for our dogs to roam. Every day, I take my two dogs running with me on our local trail.

The other day, we were doing our usual routine: effortlessly moving left, moving right, and occasionally slowing due to congestion. A walker stopped to tell me how “well behaved” my dogs were, and that she couldn’t imagine her own dogs ever behaving so well. This comment made me think about how my dogs became this way.

When I got my first dog (as an adult), I wanted to be a responsible dog owner. I wanted my dogs to not jump on people, to sit patiently while I talk to friends, to pass by other dogs without incident and to not pull on the leash. Through my experience with various training methods, I have learned many good tips for a well trained dog. Here are a few:

A good dog is a happy dog. 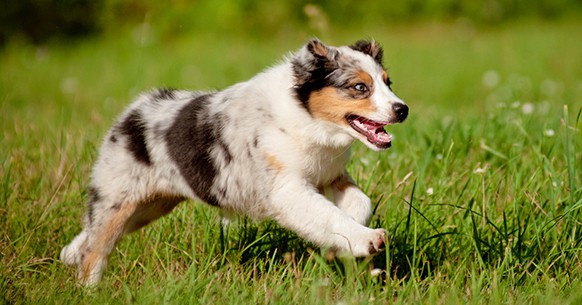 Fun, Effective Technique To Get Your Dog To Come … The Rocket Launch!

What is it you ask? It’s teaching your dog to come after hearing his name. But you’d be surprised to know that most dogs have never been conditioned to respond to their name. Most people simply assume their dog know their name because “we” as humans do.

This exercise is great for teaching your dog to come to you after hearing his name. I remember teaching this to a friend a little while ago, and in a weekend their dog would come running to them like had just been selected on the “Price is Right”.

She did the exercise with her son. They would call their dog’s name and give a treat after he came to them. That’s it. But then they built upon the exercise, started creating distance between each other until they were in separate rooms. Then they even practiced on two different levels of the house – meaning one of them was upstairs and the other downstairs.

So if they could teach their dog to respond to his name in one weekend, surely you can too!

Make sure that you give your dog something that he values when he comes to you, most dog loves food but it could be other things like playing, petting and giving attention.

BUT I MUST WARN YOU …

Your dog’s name will become a conditioned cue to get your dog to come to you, meaning that if you use it uselessly around the house without giving your dog a reward, it will lose its effectiveness.

If you say “FIDO, GET OFF THE COUCH!” or “FIDO, DOWN!” or “FIDO, GO GET YOUR TOY” then the word “Fido” does not mean to come to you anymore, and you are using it to get your dog’s attention.

So what is the solution? There are three options:

Personally, I practice all three solutions with my dogs. I don’t use their names unless I want them to come to me, and they’re also conditioned to respond to the “COME” command, and I use little nicknames around the house for them.

Go ahead, give it a try with your dog! Seriously … just do it, it will work!

Power Quote: “Teaching your dog basic obedience skills is your responsibility as a dog owner, but teaching them can be lots of fun if you use Positive Reinforcements.” – Jean Cote 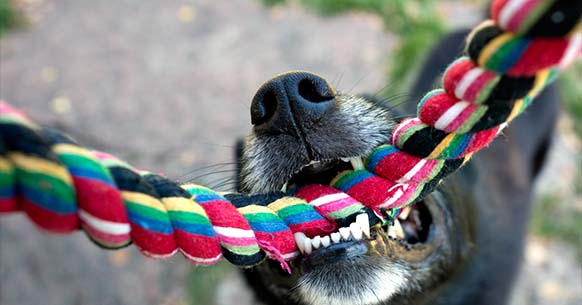 How To Motivate Your Dog To Do Anything You Want…

When I was a child, I remember going to a friend’s house, and his family had this incredible Border Collie as their family dog. This dog had so much energy, he always wanted to play and absolutely loved to play fetch. To me, this was the coolest thing I had ever seen!

One impressing thing that I remember, was my friend biking to the park and having his dog run behind him, without even needing to use a leash. Then they had lots of fun while playing fetch together for what seemed like an eternity.

This short yet very inspirational experience left me in “awe” and I desperately wanted a dog. But it wouldn’t be until 15 years later that I got my first Border Collie… I named her Chase because I wanted her to chase balls.

Once I brought Chase home as a puppy, I immediately noticed that she was extremely timid and scared of everything. I had to constantly reassure her that everything was going to be okay and that she was in good hands.

But one thing that I promised myself at the time, was that I would do everything possible to help Chase associate massive pleasure with toys.I did many different exercises with her, and today she absolutely loves toys … even more than treats!

So in this short e-mail, I will talk about the ways with which I accomplished this, so that you can have the same kind of success with your dog.

I think the most important thing that I did, was to make a BIG deal whenever Chase played with any of her toys. I literally cheered like I had won the lottery or been selected on the “Price is Right” whenever she started playing with her Kong, tennis ball or stuffed animal.

She quickly realized that playing with toys got her lots of attention from me, and so the behavior of playing with the toys grew and became a way of life for her.

Then… I made playing with the toys even more exciting! I triggered her chasing instincts by moving the toys on the floor so that she had to run after it to get it. I remember one time tying a rope to one of her plush toy and dragging it across the room for her to chase – it was so much fun!

But the key to this exercise … is that I never let her decide when the game was over. I would always end the game while my dog was highly engaged in playing with me. So that I knew next time we played together, she would put even more energy into it.

I would always end the game by saying “That’s it!” .. and run outside to changer her state of mind. This way she associated me taking the toy away as something positive and fun … going outside with dad!

Well, now it’s your turn! I guarantee that if you practice this simple exercise for a week that you will see a difference in your dog’s enthusiasm with playing with toys. Give it a try … It’ll only take 5 minutes!

Power Quote: “The quality of the relationship with your dog depends on the time and energy that you put into it.” – Jean Cote 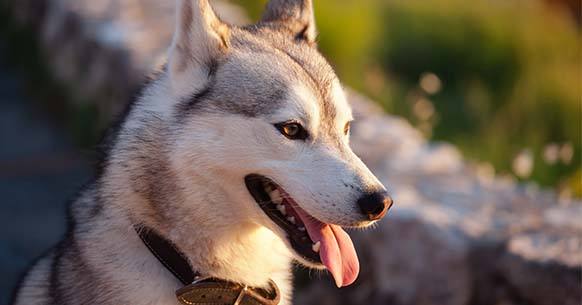